Shawn O'Hagan, a textile artist from Cornerbrook, Newfoundland was in touch with more nuggets of information. It's all starting to add up. If you have any memories of house dresses or wrap aprons worn where you live, have them stashed in your cupboards, or are a fan of wearing them now, do get in touch.
Newfoundland.
Shawn "....Keith’s mum Florence Hiscock (nee Dower) told me she’d seen these aprons at the local bargain store so I had to go and check them out. 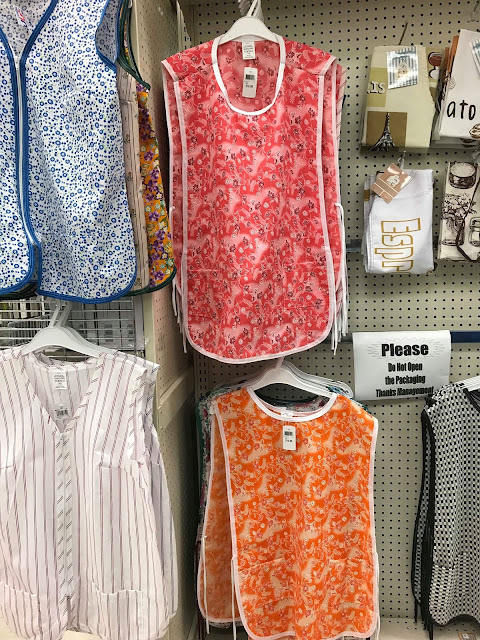 She remembers the wrap around aprons from Conche on the northern peninsula growing up in the ‘30’s and 40’s. They were only worn in the house or outside to fetch water but not for other outdoor work. ......Florence says they were called pinnys. Often they would be made from old bed sheets because new fabric was scarce and expensive......."
http://www.shawnohagan.ca/
January 11, 2019